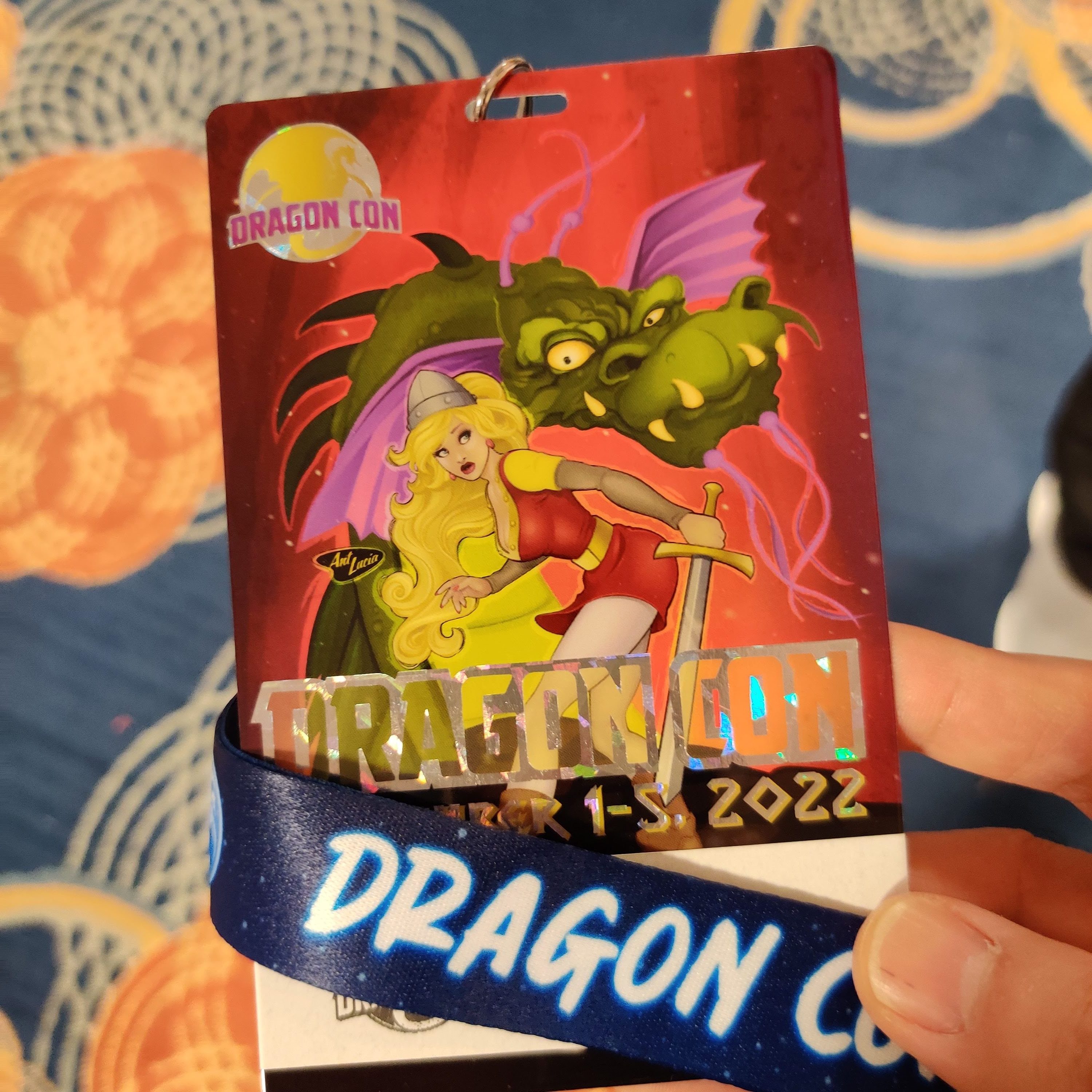 Back from Atlanta and had a blast at DragonCon last weekend! I’ve been to smaller cons before, but this was my first “big league” con and, wow, what an experience. I think this year’s attendance was capped at 60,000 and even that was a little overwhelming. I can’t imagine what it will be like next year when they will likely increase the attendance limit.

Oh, yes, you heard me. I’ll be going back next year.

The common refrain you hear when it comes to advice about DragonCon is, “don’t try to do everything.” Because in reality, you can’t. It’s literally trying to drink from a firehose. I had several instances where I wanted to be in several places at once, each of them a ten minute walk from the other.

This time, I decided to mostly focus on the Urban Fantasy and Writers tracks. I got to meet some very nice people, and increased my TBR pile by an inordinate amount. I also participated in one panel on the Science track. They held a panel on the state of prosthetics today. I was thrilled to help and lend my expertise based on my years of experience in the field. And it was a very fun panel.

Most cons will have an Artist’s Alley and DragonCon was no exception. In fact, inside the Americasmart, DragonCon hosted three whole floors of vendors and creators, and an entire floor of comic writers and artists on top of that. I was seriously walking around in a daze when we got in there. There was just so much amazing art to look at.

One highlight of the trip: I met David Mack, writer and artist of the Kabuki series of comic books, one of my favorites when I was younger. I got to speak with him for a short time about comics in general, and I bought a book from him to get an autograph.

Seriously, there was so much more amazing cosplay that I missed.

There was also a ton of fun stuff I didn’t get around to seeing. Parties and dances at night (I was sleeping), karaoke, costume contests, movie showings, scavenger hunts (Swag and Seek!).

One thing I did run into was the badge beard contest. Lots of people bring those little sticky ribbons you can tack onto the end of your badge to claim your fandom, or just inside jokes. The winner of the badge beard contest had enough ribbons that she had to go to the 5th floor of the Hyatt so the beard wouldn’t hit the floor!

And check out this one, she made all her ribbons into a set of wings!

The city of Atlanta was amazing as well. People were incredibly nice and the food was delicious. (Although I did find that a good cup of coffee required us to leave the hotel district!) DragonCon was a singular experience, and I’m already looking forward to next year!