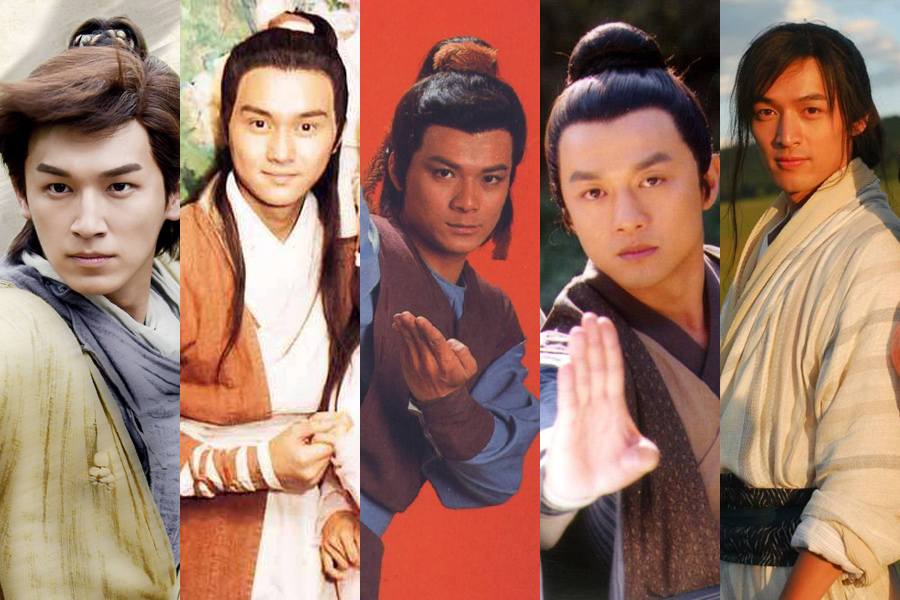 Or, Guo Jing’s Crisis of Faith
And, Seriously, How Did it Take So Long to Get Here?

We last left our intrepid (and muddle brained) hero trudging listlessly into the desert of his despair. And also literally into the desert. His mother: dead. His love: dead. Exiled from the Mongols. What will become of our hero?

So our boy has some time to reflect on his own and think about what has become of his life, and how he came to his current situation. He realizes that in his quest to live by the code of xia, he hasn’t seen the kind of results he had expected. All the people he cared for are dead. He’s estranged from his blood brothers. Good people suffer, and evil people like Viper seem to be able to do whatever they want without any consequences.

(Well, that last part is partly on him. Everyone’s had ample chances to put that guy down and everyone keeps passing on the opportunity.)

Guo Jing decides that the solution to his problem is to stop using his kung fu. It’s brought nothing but pain to his life, so he shouldn’t use it again. He stops for a rest at a small tavern and is beset upon by a crowd of locals because he is dressed as a Mongolian. Determined to not use his kung fu any more, Guo Jing tries to evade all the punches and kicks, and ends up taking a beating. Qiu Chuji shows up and saves him, and explains to him that the locals are mad at anyone who is Mongolian, because they’re just as bad as the Jin, destroying everything in their wake.

This only puts Guo Jing in more of a mind to put his kung fu behind him. He asks his shifu if he knows a way to make himself forget his knowledge. Qiu Chuji is actually on his way to Mount Hua to meet Zhou Botong, who managed to lock away his knowledge of the Nine Yin Manual. Guo Jing agrees to accompany him to Mount Hua.

When they are nearly to Mount Hua, they are ambushed by Hector Sha, Tiger Peng, and Lama Supreme Wisdom. Yes, these guys again. Qiu Chuji fights with them, but Guo Jing, still conflicted about his kung fu, simply walks away, unwilling to be responsible for more death and pain.

He finds a lonely place to sit and stare into the distance. Graybeard Liang finds him here. Liang knows Guo Jing is his superior in kung fu, so he is cautious, but Guo Jing isn’t even paying attention. Liang sneaks up behind and locks Guo Jing’s vital points and…

Bites Guo Jing in the neck to suck out his blood, and thus take back the precious python blood that Guo Jing stole from him.

But just as Liang is about to really chew through his neck, Guo Jing’s instinct for survival takes over. He draws on his kung fu, blasting power through his meridians, throwing Graybeard Liang off of him. Liang is knocked back and…

…over the edge of a cliff.

Huh. Didn’t see that coming. Graybeard Liang, the Ginseng Codger, is off the board. Guo Jing saved himself, but he’s still not sure it was the right thing to do.

Guo Jing walks off and comes upon a most unusual sight. The Venom walks out of the forest, upside down. He’s walking on his hands, then standing on his head, then spinning like a top. Guo Jing figures out that he’s training his neigong, but doing it completely out in the open, leaving himself vulnerable to attack.

Strange. He follows Viper when he’s finished his training, back to a small cave in the mountain. Viper is angry, the training isn’t working.

A very familiar voice calls out from the cave, insisting that the training isn’t working because Viper is doing it wrong.

Guo Jing leaps into the cave just as Viper is about to strike out at Lotus. Viper bails, not wanting to be seen as dishonorable in front of Guo Jing, whom he gave his word to that he would learn the Nine Yin Manual from Lotus only if she were willing to do it.

Lotus and Guo Jing have a predictably chilly reunion. Just as Guo Jing is about to hurl himself off a cliff to prove his love for Lotus (again with suicide to prove a point!), Zhou Botong shows up. Before he can take any abuse from Lotus, Zhou Boton runs off.

We get caught up on Hoary Urchin’s story. After chasing Qiu Qianren (the real one) into the dark room with Guo Jing and Viper, Qiu Qianren figures out that Hoary Urchin is deathly afraid of snakes. Wielding a snake like a weapon, he begins chasing Zhou Botong now.

Lotus takes Guo Jing’s hand (heart flutter) and suggests they go see what Zhou Botong is up to. So I guess that means they’ve made up? Well that was easy-ish.

They find Zhou Botong with Qiu Chuji, along with Tiger Peng, Hector Sha, Browbeater Hou, and Lama Supreme Wisdom. The bad buy B-squad have all been acupressure locked, frozen in place by Hoary Urchin. When the young couple arrives, Hoary Urchin asks Lotus for an idea of what to do with these men.

She suggests that they search Tiger Peng for his ring, which is studded with poisoned pins, and the antidote to the poison. While the four men are locked, they prick all of them with the pins. Zhou Botong takes the antidote and rolls it … ugh … with the dirt and dead skin from his body, into new … grosser … antidote pills. He gives the pills to Qiu Chuji.

Zhou Botong unlocks the men and tells them they must go with Qiu Chuji to the Chongyang Temple and learn the error of their ways.

Qiu Qianren reappears, chasing after Zhou Botong again. Also appearing (seemingly out of nowhere) is Reverend Sole Light and his loyal retainers, as well as Consort Liu. Consort Liu calls for Qiu Qianren’s death, citing his distinctive laugh as proof that he murdered her child. And Zhou Botong learns he had a child by Consort Liu. Wow.

Everyone present is ready to take off Qiu Qianren’s head when he pulls his last, most desperate trick. The old, how can you judge me when all of you have done terrible things as well, trick. And of course, it works. Everyone thinks on all the terrible things they’ve done, and step back.

Qiu Qianren is amazed (as are we) that his has worked. But before he can make his escape, Count Seven returns! Qiu Qianren tries the same trick and this time it doesn’t work! Count Seven knows exactly how many people he’s killed, and he has the proof and evidence needed to show that they all deserved it.

Count Seven tears into Qiu Qianren (verbally) berating him for turning away from his master’s teachings, and turning the Iron Palm Gang into a gang of thugs.

And (why is this still surprising?) this works. Qiu Qianren has a crisis of faith and realizes the terrible choices he’s made. And…

…he leaps off the cliff. Somehow this is the most popular option for the day.

But Reverend Sole Light grabs the distraught Qiu Qianren and pulls him back from the brink. Qiu Qianren collapses at the Reverend’s feet.

Hoary Urchin takes off running to get away from Consort Liu. Still with the commitment issues, it seems. He makes wild claims about the instability of his bowels and the cleanliness of his undergarments. Consort Liu is undeterred, and chases after him. It appears she’s got enough commitment for the both of them.

Reverend Sole Light takes Qiu Qianren and his disciples and leaves. He bows in humility to Count Seven and withdraws from the contest.

Lotus and Guo Jing catch up with Count Seven. He did indeed go to Peach Blossom Island and use the Nine Yin techniques to repair his meridians. He’s back up to full strength and ready as ever for the contest of the martial greats. Guo Jing and Lotus have decided to stay out of the contest, in light of their conflicting loyalties between their shifu and Lotus’ father.

And then, the Venom shows up.