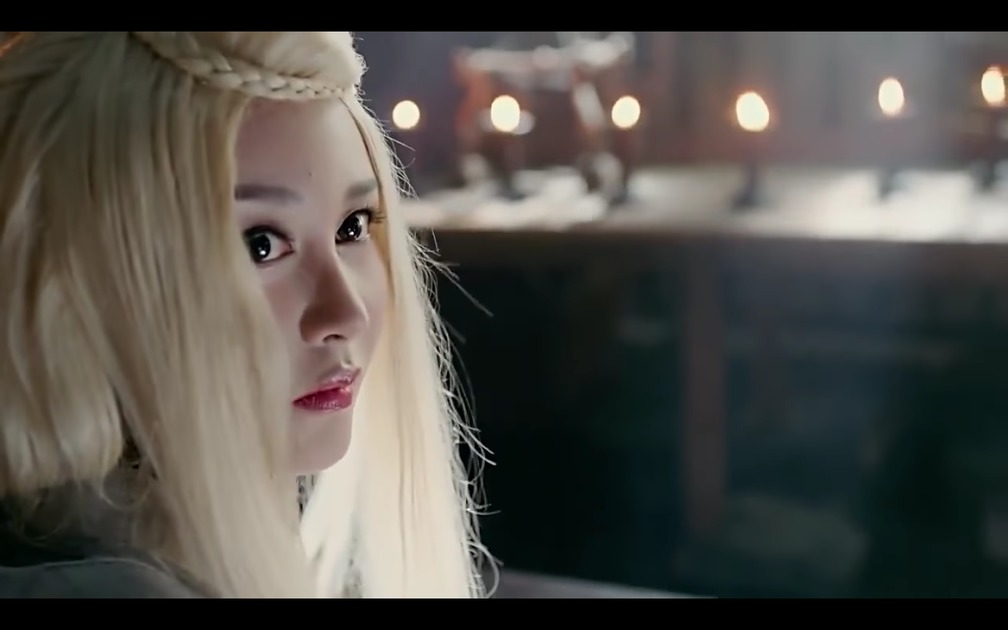 Or, Everyone Needs to Learn to Express Their Feelings

The Reverend Sole Light relates his sad tale to Lotus and Guo Jing, and even his disciples who have never heard the whole sorry, sordid story. Man, years of blind obedience following your master who exiled himself to punish himself for terrible decision making. This chapter is the whole series writ small…

King Duan had many consorts in his palace, but paid them little attention due to his devotion to pursuing his own martial progress. One of his consorts, though, Consort Liu, caught his attention enough that he taught her some of his kung fu. While she was a quick student, King Duan purposefully kept many techniques from her, specifically pressure-point locking techniques.

ing Duan had many consorts in his palace, but paid them little attention due to his devotion to pursuing his own martial progress. One of his consorts, though, Consort Liu, caught his attention enough that he taught her some of his kung fu. While she was a quick student, King Duan purposefully kept many techniques from her, specifically pressure-point locking techniques.

When the Immortal Double Sun came to trade knowledge with King Duan, Zhou Botong, the Hoary Urchin, tagged along. As Zhou was uninterested in what Duan and Double Sun were doing, he roamed the palace and came across Consort Liu. Zhou was intrigued by this consort who knew a little kung fu, and he taught her more. Their interactions soon led to romantic involvement, which Lotus is completely clueless about.

I guess, given that nearly all of her knowledge up until now has come from her father, maybe Lord Huang was really uncomfortable doing the birds and bees talk? In any case, in the realm of the actual mechanics of love between a man and a woman, Lotus seems to be as lost as Guo Jing is in…just about everything else.

King Duan dances around the more racy bits of the story, getting across that Zhou has disgraced himself. Duan is unwilling to allow this to hurt his friendship with Double Sun, so he offers Zhou Consort Liu’s hand without any reservations.

Apparently Zhou was pretty naive himself back then, and the idea of being wed to Consort Liu was pretty far from his mind, and he refuses the pairing, offending King Duan greatly. Zhou doesn’t want to offend the king, so he offers to let the king strike him down. When the king refuses Zhou simply decides to leave, but not before taking out a silk handkerchief, gifted to him by Consort Liu.

The handkerchief is embroidered with a pair of mandarin ducks, a symbol of lasting love. Zhou drops the handkerchief on the floor at the king’s feet and leaves.

(I suspect Zhou was a little less invested in the relationship than Consort Liu.)

Lotus, clever as she is, connects this story to Zhou’s refusal to have anything to do with women. Guo Jing, ever slow on the uptake, needs Lotus to tell him that Consort Liu is Madam Ying.

After Hoary Urchin leaves, King Duan withdraws, completely butt hurt that his favorite consort has fallen for someone else. Lotus interjects here, noting that King Duan must have really loved Consort Liu, considering the magnitude of his reaction. Everyone is appalled at her statement, and Sole Light simply ignores her and soldiers on through the story.

(Perhaps Lotus isn’t so clueless about men and women, eh?)

King Duan ghosts Consort Liu for almost a year. Finally, he can’t stand it and he goes to talk to her and confess his feelings… wait, that makes too much sense. In the freezing cold and wind, he uses his kung fu to jump around the rooftops of his palace and secretly spy on her.

(I swear, everyone in the whole story hasn’t gotten past being a petulant eight-year-old.)

Of course, he finds that Consort Liu has given birth to Zhou’s baby. Cue more cluelessness from Lotus. Even further butt hurt now, King Duan again secludes himself in his palace. Two years later (wow, two years!) Consort Liu bursts into his private chambers, begging for her child’s life. The child has been attacked, and she assumes he ordered the attack.

King Duan is horrified. He didn’t order the attack, and he can’t figure out who did it. But he can save the baby. He removes the baby’s garments only to find the silk handkerchief with the mandarin ducks. Liu saved it and refashioned it into the baby’s undergarments. King Duan is paralyzed by the sight of the garments and unable to bring himself to save the baby, despite knowing that it is the right thing to do.

This is the moment that Liu’s hair turns gray! (Was this a trope before this novel?)

King Duan won’t save the boy, and he tells Liu to get out of the palace and take her son with her. Consort Liu…oh my gosh. Consort Liu picks up her baby, who is in terrible pain, and ends his pain by sliding her dagger into his heart.

She vows to return one day and kill King Duan. She’s wearing the jade bracelet that Sole Light received at the end of last chapter, and tells the king to watch out for the bracelet to return to him, as that will be the day she returns to take her vengeance.

Fast forward to the present. King Duan, racked by guilt, abdicates his throne to his son and exiles himself, taking the new name of Reverend Sole Light. His four trusted advisors join him in exile. He actually finds where Liu has secluded herself in a swamp, and stays nearby to keep an eye on her, going so far as to plant the forest that surrounds her swamp to protect her, and have food sent to her. Talk about your mixed messages, right?

Sole Light orders his disciples to allow Madam Ying entrance, and not to raise a hand against her. He says the same to Lotus and Guo Jing, ordering them to leave.

Lotus, of course, has other ideas. She and Guo Jing launch into action, attacking Sole Light’s disciples and separating them. Once they are apart from Sole Light, Lotus explains her plan.

Later that night Madam Ying shows up. The disciples, then Guo Jing, then Lotus all try to slow her down, but Madam Ying finds her way past all of them, reaching the temple where Sole Light is waiting. Sole Light offers no resistance as Madam Ying plunges her dagger into his heart.

Madam Ying runs outside, only to run into Sole Light!

Guo Jing had pressure-point locked Sole Light to keep him from interfering. Lotus and the disciples had disguised Guo Jing as Sole Light, and Guo Jing, his arms hidden inside the disguise, had caught the dagger, preventing a killing blow.

Somehow Lotus was able to convince Sole Light’s disciples to go along with her idea, despite the fact that this is expressly against his wishes, and they were always doing their best to follow his instructions. Huh?

Anyway, we’re now back to Madam Ying, facing down her former king. Sole Light offers himself to her, baring his chest for an attack. And this is the time Madam Ying has the epiphany that King Duan was actually pretty cool, offering to allow her to leave with Zhou Botong in the first place, while the Hoary Urchin was the one who bailed on her. So everyone’s confused again and Madam Ying runs away.

In the aftermath, it comes to light that Guo Jing still has the end of the Nine Yin Manual committed to memory, the gibberish at the end of the manual that he memorized as a nonsensical string of syllables.

Sole Light is amazed. He knows that the end of the manual is Sanskrit that has been transliterated into Chinese in order to hide its true meaning. With this knowledge Sole Light can recover his energy in only a few months instead of years. Lotus and Guo Jing stay with him, allowing Lotus to recuperate, and Sole Light to share his knowledge with them, including insight into the Nine Yin Manual.

One day the condors return, but instead of bringing golden wah-wahs, one of the birds is injured, and the other has a length of green cloth tied to its leg, the same material Lord Huang’s robes are made of. Has Lord Huang been attacked? Lotus and Guo Jing set off to return to Peach Blossom Island and go to Lord Huang’s aid.

Lotus and Guo Jing travel as far as they can on Ulaan, then hire a boat to take them on the next leg (Hankow – again, my geography is nonexistent here, I have no idea where these places are in relation to each other).

Before they can get on the boat, Lotus spots a Taoist nun who looks suspicious. They follow the nun who turns out to be Mercy Mu! She tells them that the boat they’ve hired is actually controlled by the Iron Palm Gang.

How did Mercy Mu come to meet them here? What has happened to Yang Kang? How does she know the boat is owned by the Iron Palm Gang? Come back next week to find out!