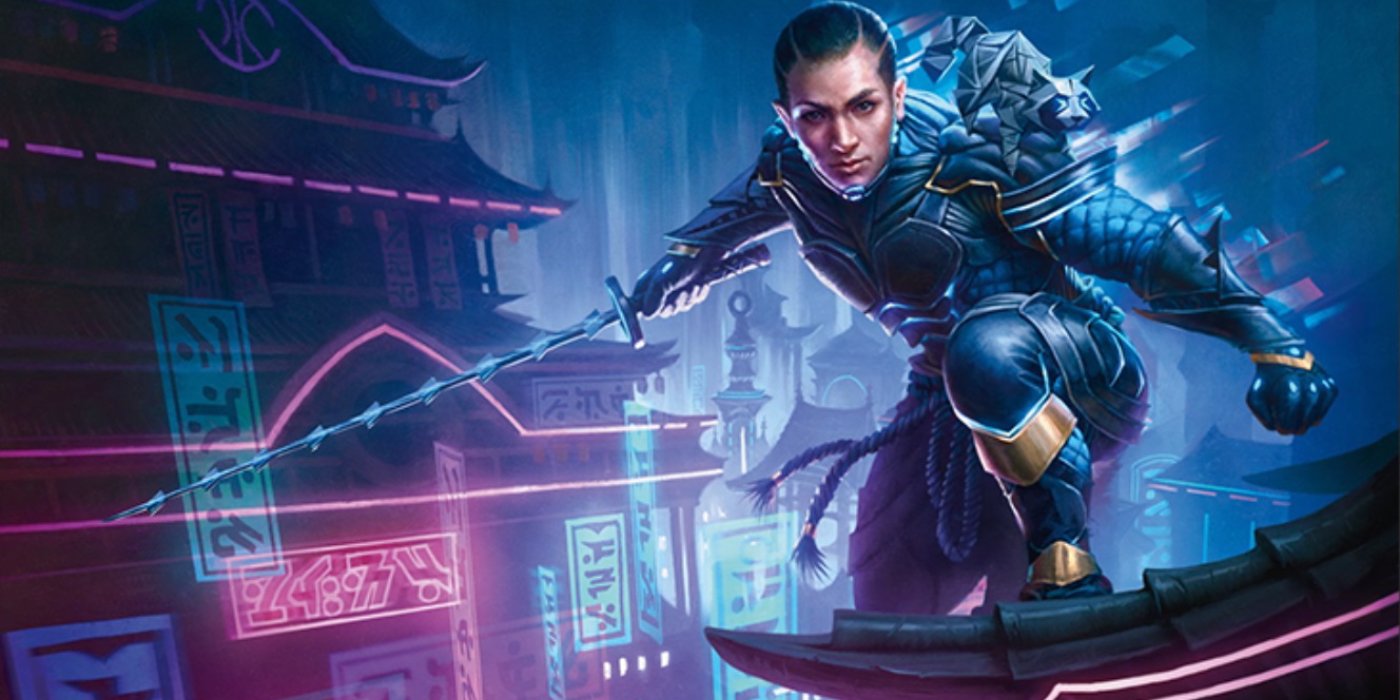 I’ve been playing Magic: the Gathering since about (ogod) 1994. I will freely admit to being dragged into playing, and then falling headfirst into the deep end. In no time at all I was devouring strategies off the web (that’s what we called it back then) and pouring all my discretionary money into packs, packs, and more packs. For those of you in the know, I eventually settled on a version of Erhnageddon that was my favorite. My best friend played Necropotence, and we were each others’ mortal enemy. It was a blast.

Way, way back they released an expansion set in a world called Kamigawa, a setting based in Japanese mythos. Back then, that was a real treat for me, to see Asian flavor blended into my favorite card game. And back then I wasn’t even thinking about Asian representation in creative spaces.

After college, as Adulthood set in, I didn’t have the kind of free time to play Magic, and the things that were taking up that time (kids) needed my discretionary money a lot more than Wizards of the Coast. So while I still kept all my cards tucked safely away in sleeves and long boxes, my hobby drifted into memory. I still pulled the cards out from time to time, just for a hit of nostalgia.

When my son got old enough, I decided to introduce him to the game. He took after me, getting into the game quickly. He developed a tight group of friends at school and played regularly. I sold off a good chunk of my old cards to fund him into the newest expansions. When he wasn’t playing with his friends, we’d play together. Sometimes I’d play with him and his friends. It was a nice, low stress re-entry into Magic.

Then Arena showed up. The possibility of playing Magic on a computer or phone had been around for a long time. I remember owning the first PC version of Magic. (Looking back, the gameplay was laughably bad.) Arena, the newest version, was soon available on PC and phone. I downloaded it, and tipped myself over the edge.

Arena is now the game I play the most on my phone. It takes away the last barrier to playing Magic, which is the physicality of the cards. The time spent shuffling cards, etc. Don’t get me wrong, when I play in person, I love the physicality of it. But I also love being able to play Magic in a setting where I only have ten to fifteen minutes to kill as I wait for my dinner order. There’s a lot of discussion around about which format is better, but I’ve never felt that those kinds of distinctions mattered. Can you play it and have fun? That’s really the only measure for me.

So for me, Arena is my second renaissance for Magic. Ironically, with my son deep into his college studies, he has less time to play, but when we chat, we still talk about Magic, delving into the nooks and crannies of this card or that, this rule or that. It’s fun, in a way that I haven’t enjoyed in many years.

And next year, the proverbial icing on the proverbial cake. At the same time I’ve been soaking myself in as much Asian myth as I can, reconnecting with my cultural roots for my writing, Magic returns to Kamigawa, but hundreds of years later, in what looks like a thrilling blend of neon-drenched cyberpunk and Edo period Japan. My nerd heart went into overdrive when I saw the announcement for this set!

Somewhere, deep inside my brain, there is a cyberpunk novel waiting to be born. The grain of sand that will become the seed that grows into the story was set in my brain when I first read Neuromancer, and then Snow Crash. It’s been there for a while now, and one of the only things I’m sure of is the blend of fantasy and swords plus hyper advanced tech and cybernetic enhancements. Maybe playing the new set will set my novel free. 🙂

As the cards come out, I’ll pick out some stand outs and talk about them here. Maybe I’ll find some seed of inspiration that can kick my buried story out of the bedrock of my hindbrain.

If nothing else, the glorious art will put me in the right mood. And check out these full art lands in ukiyo-e style! 😍😍 I haven’t purchased physical cards in years and yet…