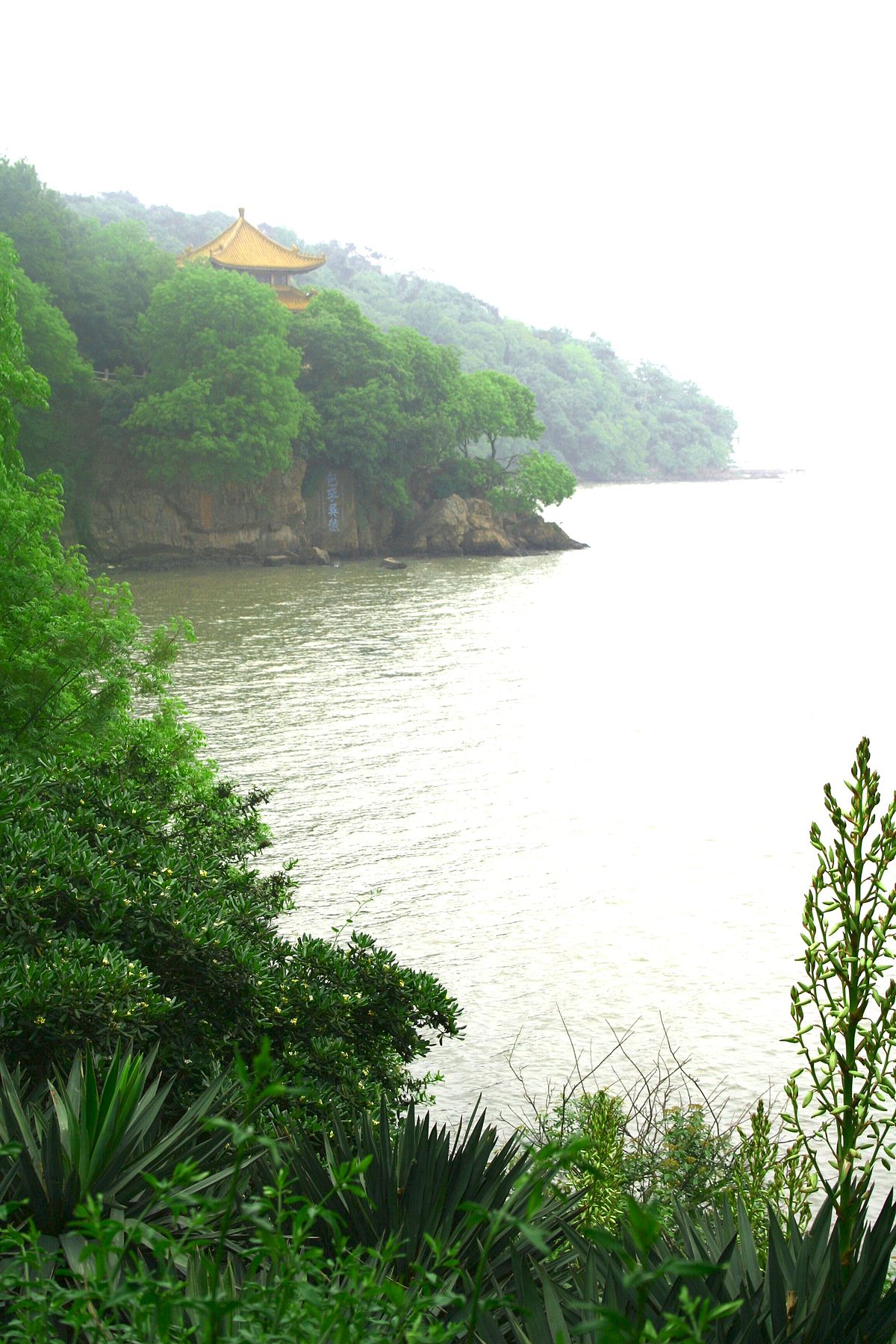 Or, Lotus and Guo Jing’s Lake Vacation. Spoilers ahead!

Satisfied with their matchmaking, Lotus and Guo Jing continue their travels, ending up at Lake Tai. (See the end for some interesting notes on Lake Tai.) They take a boat out to enjoy the waters and beautiful scenery. Lotus is moved to sing and her voice attracts a crippled fisherman in another boat, Squire Lu. Squire Lu is pleased to make their acquaintance and invites them to his home.

Once there, the young couple realizes that Squire Lu is not who they expected, as his home is actually a grand manor (Roaming Cloud Manor) built in a very confusing fashion. They meet Lu’s son, Laurel. The layout of the home triggers Lotus’ memory but she just can’t get it…

That night a noise wakes them and Lotus (being Lotus) must go investigate. Laurel is gathering his men at the lake and they are all loading onto boats. Lotus and Guo Jing use their lightness kung fu to jump unnoticed to the boat and tag along. They learn that Laurel leads a massive group of pirates who are planning to waylay and attach the Jin Envoy (Wanyan Kang). By dawn the Lu soldiers have defeated the Jin and taken Kang prisoner. The pirates return to the Lu home and Lotus and Guo Jing escape back to their room.

The next day Kang escapes captivity and manages to barge into the one room in the house with Lotus, Guo Jing, and Squire Lu. Laurel and his soldiers trap Kang in the room, and Kang manages to bargain for his freedom by demanding single combat.

*sigh* this works. I don’t know why everyone keeps falling for this. Kang bests Laurel’s men, but in doing so, Squire Lu recognizes the kung fu of Twice Foul Dark Wind. Before Kang can leave, Squire Lu demands a lesson, to which Kang (inexplicably) complies. Squire Lu defeats Kang and lover boy is again carried off in chains.

That night Lotus wakes again to a strange noise, this time discovering Mercy sneaking through the grounds. Mercy knows Kang has been captured and she is going to free him. But she’s lost in the manor. Lotus has worked out that Roaming Cloud Manor was built according to the “sixty-four hexagrams of Fuxi the Sovereign,” something her father was quite well versed with. (A little help here? I found Fuxi in my searches, but nothing on the hexagrams she’s talking about.)

Lotus secretly guides Mercy to Kang and the two have a tearful reunion, until Kang reveals that he wants Mercy to carry his message to prevent the Mongolians from meeting with the Song. Marcy is aghast. She thought that Kang was just playing at being a Jin prince. She is about to leave when Kang repents (kinda) and instead asks her to leave a message for his shifu to come rescue him (Cyclone Mei). Mercy’s heart pitter-patters and she agrees.

Mercy heads out and ends up getting caught between Cyclone Mei and Gallant Ouyang and his swarm of snakes. Gallant is still keen to take the Nine Yin Manual from Mei. Mei has unblocked her pressure points with the neigong knowledge she extorted out of Guo Jing, so she can walk now, but she is pressed in on all sides by the snake swarm. She is saved by a mysterious master who floats on a cloud and plays a flute. Gallant’s henchwomen are all bewitched by the master’s music and tear themselves to pieces. Gallant manages to resist the music and run away, terrified of this mysterious master.

Cyclone Mei sends a human skull to Roaming Cloud Manor as a calling card. Squire Lu recognizes the grisly work and directs everyone to leave. He will face Mei, but it is obvious he doesn’t think he will survive. He gives Lotus and Guo Jing gold and valuable pills to improve their kung fu.

As they are evacuating, they run across a stranger, seemingly a new master, and bring this man back to Roaming Cloud. Perhaps he can help. The presence of this new master invigorates Squire Lu, who now puts out the word to bring as many people to the house as possible.

A lengthy bit follows, where the new master, Qiu Qianren, boasts of his martial skill, demonstrating his abilities to crush bricks to powder with his bare hands. Everyone is amazed, and so they listen as he expounds on the coming war between the Jin and the Song.

Before he can impart his wisdom, one of the house servants arrives to announce the arrival of six (hm?) guests. Who could they be??

I’ve read ahead to the next chapter, so I can say that this chapter is really all set up for the next one, where all the real action happens. I continue to be disgusted by Kang+Mercy, the poor girl is being gaslit and just keeps falling for it. Lotus is still a scheming brat, and while Guo Jing is played for a fool quite a bit this chapter, he seems to come into his own in the next chapter.

Lake Tai is one of the largest freshwater lakes in China, and home to beautiful scenery, interesting limestone formations, and the Yixing pottery industry. Unfortunately, the lake is also home to tons and tons of pollution and waste from the surrounding population and industries. Recurrent algae blooms have choked the lake and rendered the water unusable to millions of residents. The worst bloom occurred in 2007 resulting in a layer of algae dozens of centimeters thick. The government actually diverted part of the Yangtze River into Lake Tai to get the water moving. Wow. That’s some serious engineering. The lake is slowly improving but will probably take decades more to recover.