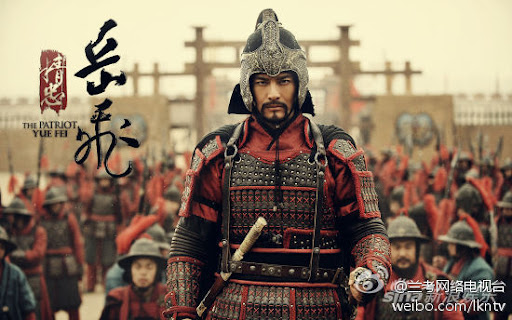 Or, Everyone is a Jerk Again

I know there’s quite a few years between when this was written, and my expectations as a reader/writer of fiction…but man, sometimes these characters are just jerks.

Lotus, Guo Jing, Count Seven, and Zhou Botong have sailed off on their little boat, earning themselves some distance from Wanyan Honglie and his band of ne’er-do-wells. Unfortunately Count Seven isn’t doing well, despite Lotus and Guo Jing trying to nurse him back to health.

Zhou Botong is frankly really annoying for this whole sequence. He acts like a bratty toddler for nearly the whole chapter, never contributing anything.

Count Seven knows his last days are upon him. He asks Lotus and Guo Jing for one last favor, he wants to eat one last bowl of Contrast of the Five Treasures, a delicacy he tasted once before when he had hidden himself in the Imperial Palace. Lotus and Guo Jing agree to this and the party sets out for Lin’an.

On the way they come to a tiny village and stop at the inn to rest. Inside the inn they find a crazy young woman who, for some reason, knows some of the same kung fu as Lotus. But the girl is clearly not right in the head. Lotus finds a secret room in the inn that contains two dead bodies, long decayed to skeletons.

They determine that one of the bodies was Tempest Qu, and he must have taught the young woman some kung fu before he was murdered. Inside the secret room is a chest of treasures, filled the jewels, scrolls, and paintings. They are exactly the kinds of things Lotus’ father collected, and she doesn’t understand why Tempest had them hidden here.

The next day the group presses on and enters Lin’an. After setting themselves up in rented rooms, Lotus and Guo Jing head out to explore the city. They stop at a restaurant to drink wine and take in the flowers. Inside the restaurant they find a silk screen printed with a poem. They end up arguing with someone else about the merits of the poem and the two of them end up going on a rampage, smashing everything in the restaurant, and then Guo Jing uses his Dragon Subduing Palm to being the whole building crashing down.

Huh. I didn’t see that coming.

Our young couple walks away from the carnage they’ve wrought, pleased as punch with themselves and happy to have finally let off some steam.

Am I missing something in this whole segment with regards to the poetry?

As they continue to explore they almost run head first into Wanyan Honglie’s party. Yes, they are here as well, because they were on their way here to find the writings of General Yue Fei (remember?). Lotus and Guo Jing hide and overhear that the Jin prince is here to steal the General’s writings, to give the Jin the advantage to take control of all of China. Lotus and Guo Jing decide to do whatever they can to thwart their plans.

Our plucky kids actually lose track of the Jin prince, and only catch up to him later as both parties end up in the same restaurant. In order to flush them out, Lotus — are you ready? — sets fire to the restaurant.

Everyone flees the burning building, and our ‘heroes’ follow the Jin prince and his followers. Lotus and Guo Jing go back to their inn, gather up Count Seven and Zhou Botong, and make their way to the Imperial Palace. There they find a place to hide until they can find the ingredients for Contrast of Five Treasures. Lotus and Guo Jing go out to explore the palace.

(guess what happens next?)

Everyone converges on one garden in the palace, where Lotus and Guo Jing have stopped to admire the scenery, and apparently, the General’s writings were also hidden behind a waterfall. Guo Jing decides to hide behind the waterfall and he and Lotus are able to repel the wulin masters as they try to enter the hidden door behind the waterfall.

One by one Wanyan Honglie’s masters are repelled from the waterfall. Guo Jing and Lotus’ kung fu is much stronger now that they have both studied parts of the Nine Yin Manual. Lotus runs out from the waterfall and leads some of the masters on a chase around the palace.

The fight comes down to Guo Jing and Viper Ouyang. But Viper keeps holding back because he doesn’t really want to kill Guo Jing. He’s already been studying the altered manual that Guo Jing recited for him, and he’s not getting it. He hasn’t considered that the manual was altered, and he thinks he’ll understand if he can study the boy. So the fight becomes much closer than it should due to Viper holding back.

Guo Jing knows that Viper is holding back, but he is determined to prevent the General’s writings from falling into Jin hands. Yang Kang decides to make his move, and tries to stab Guo Jing. He succeeds, and this causes Guo Jing to fall to Viper’s Exploding Toad kung fu. Viper is disgusted. He’s killed the boy. What a waste. The wulin masters take a box from the secret room and leave.

Lotus returns to find Guo Jing bleeding and senseless behind the waterfall. The palace guards are now all over the place. She picks up her man and runs, carrying him over the wall, through the city and out past the city walls. She ends up back at the ramshackle inn with the crazy girl who is somehow related to Tempest Qu.

Guo Jing is alive, but badly injured. They decide that the secret room in the inn is the perfect place to hide while Guo Jing recovers. They know of the healing techniques described in the Nine Yin Manual, and how they need to be quiet and undisturbed for seven days and nights. Lotus prepares provisions for them, and they enter the room, prepared to stay inside for a week to heal Guo Jing’s body and qi.

As I said in the beginning, everyone is a jerkface in this chapter. I had been starting to root for the kids, but them burning down two restaurants in a fit of pique just turned me off. Here’s hoping they get their heads on straight in the next chapter.