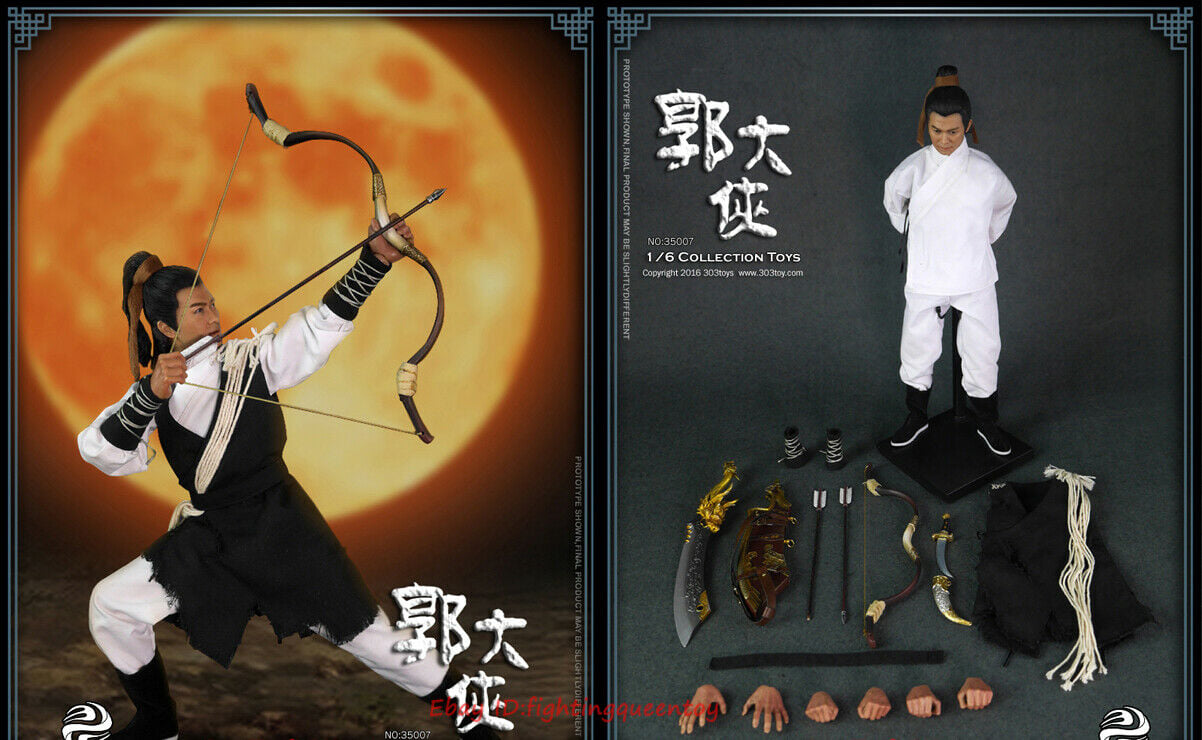 The beginning of the chapter wraps up the aftermath of the Seven Freaks’ fight with Twice Foul Dark Wind. They descend the mountain and find Senggum’s son, Tusakha there with his father’s leopards. The leopards are eating Copper Corpse’s … well, corpse. Iron Corpse, aka Cyclone Mei, is no where to be found.

Tusakha is still itching to fight Guo Jing and Tolui. In fact, Tusakha’s friends have Tolui cornered just a short ways off. Tusakha takes off with the leopards, intent on causing some harm. Guo Jing runs after them to defend his sworn brother, giving the Seven Freaks some hope that while Guo Jing may be slow, he is noble and has a good heart.

Everyone catches up to Tusakha after word spreads about what he is doing. Ong Khan (Tusakha’s grandfather), Senggum (his father), and Temujin (Tolui’s father), are all there. Ong Khan orders Tusakha to cease, but Tusakha’s blood is up. He releases the leopards on to Tolui just as Tolui’s mother rides up with Kohjin, Tolui’s younger sister, in her arms.

Disaster imminent! Kohjin runs into the fray! Guo Jing dives in to save his sworn brother’s younger sister just as Ke Zhen’e lets loose with a flurry of devil nuts (lol) and kills the leopards.

To save his relationship with Ong Khan, Temujin betroths his daughter, Kohjin, to Tusakha, who is literally throwing a tantrum over his dad’s dead leopards (classy).

Wanyan Honglie, there and hoping to see some leopard action drive a rift between the tribes, gets distracted by the presence of the Seven (Six) Freaks. He thinks they’re hunting him. He’s so freaked (ha) out by their presence that he totally misses the alliance between tribes that he’s been worried about in the first place.

Meanwhile, Temujin also figured out that the Seven Freaks are responsible for killing the leopards and saving the kids. He asks them to stay with his tribe and teach both Tolui and Guo Jing to become martial artists. The two boys will learn horsemanship and archery from the Mongolians, and martial arts from the Chinese.

Boom! Skip forward ten years. Guo Jing is a capable martial artist, but he’s just not all that talented, and the Seven (Six) Freaks are starting to despair that they will lose the bet (priorities!).

At the same time that he isn’t grasping all the nuances of kung fu, Guo Jing is also managing to miss the nuances of one Kohjin, a pretty young girl betrothed to a jackass, who is clearly crushing on him.

Qiu Chuji sends a messenger to the Seven (Six) Freaks. The messenger also picks a fight with Guo Jing to assess his abilities on the d/l. This felt a lot like the fight between Neo and Seraph in The Matrix: Reloaded. “To know someone, you must fight them.” Or something like that.

This makes the Freaks really turn up the pressure on Guo Jing. He has less than two years to become an amazing martial arts master! As they push him, Guo Jing begins to crack.

There’s a bit of an aside with some condors (roll credits!). For killing two condors with one arrow, Guo Jing is granted a boon from Temujin. He asks Kohjin to not be wed to Tusakha because the guy’s a jerk, and Kohjin would be very unhappy. Temujin dismisses this request (crazy!) and instead gives Guo Jing his dagger.
Guo Jing again misses all the signals from Kohjin (so painful!)

Guo Jing meets a mysterious Taoist (who is it?) who climbs the unscalable cliff face to save the condor chicks. Kohjin takes the chicks and she and Guo Jing promise to raise them. I feel like this better come in later in the book, considering it’s called the Condor Heroes, or else I’m going to be mad.

The Taoist agrees to teach/not-teach Guo Jing. This guy seems to know a lot about him and the Seven (Six) Freaks. Is it Qiu Chuji in disguise? He teaches Guo Jing to breathe, and to sleep, and to move his qi. Gradually Guo Jing starts to improve with the Seven Freaks none the wiser.

One day a wild horse roars into the settlement. Ryder Han wants to try to tame this magnificent beast but (surprise!) Guo Jing beats him to the animal, leaping onto its back. Guo Jing perseveres, displaying talents well beyond what the Seven Freaks know him to be capable of. And so the doubt begins…

I sprinkled my commentary in through the summary. Hope it wasn’t too distracting. You may have noticed a little Everything Wrong With… and MST3K influences. (sorry)

I really enjoyed this bit, actually. Spending almost a whole chapter with Guo Jing was a nice change of pace from the rest of the book so far, and made this chapter feel much more grounded.

Are you keeping up? Let me know your thoughts! And check out the Guo Jing action figure!