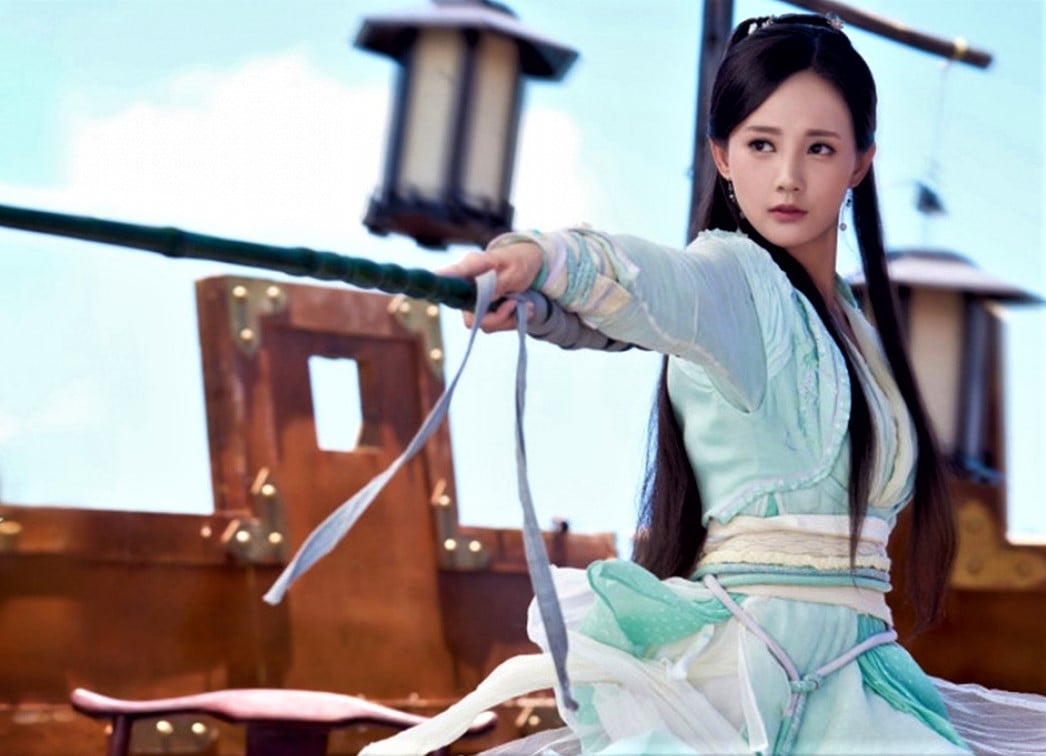 Let me preface this by saying that I am enjoying this book. But, giving myself a deadline to put up chapter summaries every Monday always makes me feel like I’m back in school again and I’ve put off my reading until the last night before class. Which, I guess the silver lining is that it makes me feel young again? 😆

On to the story! (spoilers)
.
.
.
.
.
.
.
.
Guo Jing and the Seven/Six Freaks make their way south in search of Guo Jing’s destiny (totally manufactured by the wounded pride of the Seven Freaks) and Wanyan Honglie.

After our travellers stop to rest at an inn, we are treated to a bit of an aside as we learn more about the wonderful horse that Guo Jing managed to tame. Guo Jing is shocked to find blood all over his horse. (It’s not blood, it’s red sweat.) Ryder Han and Zhu Cong tell the tale of the Heavenly Horses of the Kingdom of Fergana, to the west of China.

The camel riders are plotting to steal Guo Jing’s rare horse and present it to their master. They also speak of the presence of many bandits on the road led by Tiger Peng.

Attempting to solve two problems, Ke Zhen’e suggests that Guo Jing ride ahead alone to put distance between him and the white bandits. The Seven Freaks will stay behind and ferret out Tiger Peng and a possible plot to attack the Song empire.

Guo Jing rides ahead on his own, apart from his shifus for the first time in over ten years. He manages to avoid the white bandits and makes it to the town of Kalgan without incident.

After arriving in Kalgan Guo Jing stops to eat. While eating he notices a young beggar boy being berated by an employee of the restaurant. It looks like the beggar boy is being punished for stealing a bun. Quick to help, Guo Jing offers the boy a seat at his table so that he may eat. The boy turns out to be quite refined, ordering numerous dishes that Guo Jing has never tasted and testing the skills of the cooks in the restaurant.

Guo Jing and the boy bond immediately over their meal. Guo Jing speaks of his experiences on the steppe, but does not mention his kung fu training or his shifus. This is compared to his relationship with Khojin and how Guo Jing is slow to open up to others. And this is where I realized this book is a whole lot of telling instead of showing! But that’s ok. 😊

After a lengthy and expensive meal, Guo Jing and his new friend part ways outside the restaurant. Feeling bad for the boy, Guo Jing gives him half of his gold as well as his fine sable coat to keep warm. They finally introduce themselves, and the boy says his name is Lotus Huang. Which, from the inferences during their meal, must be the shoe dropping that she’s A GIRL, but of course this completely flies past our man Guo Jing without making any waves at all.

Unwilling to part ways, Lotus says she’s STILL hungry, so they go to another restaurant. The pronouns start to get a little confusing here, since Guo Jing is still in the dark, but we as the readers know that Lotus is a young woman WHO IS STEPPING ALL OVER KHOJIN’S TERRITORY. (You think I can’t see where this is going?)

Guo Jing gives Lotus his horse and she rides off into the sunset, probably never to be seen again until the 2nd book. Guo Jing then gets waylaid by the Four Daemons of the Yellow River, the Chinese fighters who lead the charge of Senggum’s troops. They’re going to hold Guo Jing so they can get their revenge on the Seven Freaks. Because again, all anyone in China cares about, is revenge.

The next morning, fearful yet determined, Guo Jing rides out to meet the Four Daemons and finds them all tied up in the trees. Curious. Their master, Browbeater Hou is not there, but Guo Jing makes the right choice and gets going before the Daemons can find a way to get down.

Guo Jing arrives at the capital of the Jin empire (Yanjing?) and he’s immediately thrown into the next plot twist. A beautiful young woman is taking challengers for the right to her hand in marriage. Her father, Mu Yi, states that any unmarried man under the age of thirty (choosing beggar much?) who can defeat his daughter in one move, can have her hand in marriage. (Swipe!)

Of course, the young woman is a marvel, and she’s been beating men left and right for six months now. And then the Haughty Young Lord shows up with his retinue of servants and throws his hat in the ring for the maiden’s hand.

Guo Jing is gobsmacked as he watches the fight. This is one of the few times he’s been able to witness someone better than him in action, other than his shifus. The Young Lord wins the fight and shows that he’s…well…he’s kind of a dick. He turns down the woman’s hand in marriage. He just wanted to see if he could beat her.

Gasp! The crowd is shocked. The Young Lord has broken the rules! I may be here to kick your butt, but I would never draw blood because that would be so very rude!

This pushes Guo Jing over the line (because of course it did) and he steps in to fight on Mu Yi’s behalf. sigh Our boy is still so innocent. So much to learn.
Guo Jing and the Young Lord go at it.

AND IT STARTS TO SNOW. YES! FIGHT IN THE SNOW!

The Young Lord hurls insults at Guo Jing that go over his head (and mine too) during the fight. They are very evenly matched, with Guo Jing being just bull-headed and strong, and the Young Lord being quite skilled.

Mu Yi overhears conversations in the crowd watching the fight, proving once again that historic China must have been a very small place indeed. Tiger Peng is here, as well as a Taoist and two others with very long names mentioned earlier in the chapter (sorry). Also, Browbeater Hou is here, to take (what else?) vengeance for his Daemons.

(This part of the chapter was quite confusing, yet fun to read. There were just too many people in the background.)

Because of course, now Lotus shows up as well, distracting Hou from interfering in Guo Jing’s fight. Of course, Guo Jing now wants to bail on his fight, to go help Lotus. omg.

The emperor’s (my assumption) Consort shows up and finally breaks up the fight. The Young Lord is her son, and she demands that he stop fighting in the snow without his coat because he’s going to catch a cold. Because all Chinese moms are Chinese moms.

(There’s a bit of side drama with Mu Yi and how he thinks he recognizes the voice of the Consort. Not sure what that’s about. Maybe his wife?)

Tiger Peng steps in and brings the fight to an end, ready to deliver a killing blow to Guo Jing. The Taoist flies in and rescues Guo Jing. The Taoist is the Iron Foot Immortal, a monk of the Quanzhen Sect (same as Eternal Spring, one of the guys who started this whole mess!) Iron Foot says he doesn’t know Guo Jing, but was so impressed by his skill that he begs for him to be spared. (Yeah, not suspicious at all…)

Now that cooler heads have prevailed, the Young Lord reveals himself as Wanyan Kang. And he invites everyone to his house to have tea and watch the snow. Lotus runs off with Hou chasing her, and Guo Jing heads off with the Taoist.

A very confusing end to a long chapter, due to all the new characters being introduced in such quick succession. I get the feeling they’re all going to play a part in the next bit. A peek at the cast of characters in the beginning of the book says that Tiger Peng and the other bandits are part of Wanyan Honglie’s entourage, so you know that guy’s going to be making an appearance soon as well.

Once again, the action was the star of this chapter. So many scenes that were obviously the genesis of glorious fight scenes from movies such as Crouching Tiger, Hero, House of Flying Daggers, etc.

My Kindle app says we’re 74% of the way through the book now, so I’m really looking forward to how this first part wraps up. Do we get to see Guo Jing meeting with his unknown sworn brother? Will he see Lotus again? Will he figure out that Lotus is a girl? 😅